This backyard staple is the plant that keeps on giving
By Cory Haller | February 12, 2010 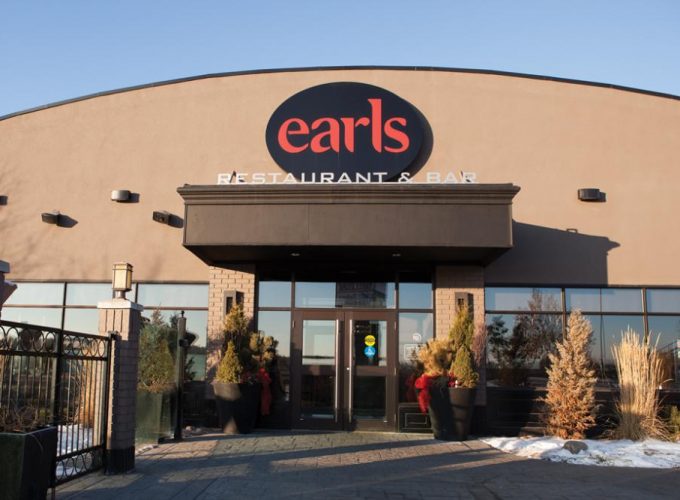 There’s no doubting the beauty of a sunflower; the vibrant yellow petals of the plant are reminiscent of its namesake, the sun, and the sheer size of the plant can reach up to soaring heights (averaging 12 feet tall). Post-impressionist artist Vincent van Gogh famously painted two still-life series titled Sunflowers featuring the plants, and once was even quoted as saying: “The sunflower is mine, in a way.” While that may be true in the art world, it isn’t so in the world of food, because with all of its many edible ingredients – including the infant shoot of the plant, the edible flower head, the petals and the oil – the sunflower clearly belongs to foodies.

Dawn Boileau, co-owner of Sunrise Gardens, grows sunflowers on her farm in Onoway, Alta. Though she grows the small-seed growing black oil variety (primarily used for decorative purposes and for “feeding the birds”), she says that the large-seed varieties such as the Snack Mix, Mammoth Gray Stripe, Humongous and Skyscraper can be grown easily in our climate. “The biggest problem I have to deal with is not to plant them too early indoors in the spring, because they get tall and lanky and when they get outside and they can’t stand the wind.”

Her solution? Plant them indoors in the early spring. “And then we ‘pot up’ into a larger pot about five to six weeks later,” says Boileau. This prevents the plant from getting too tall and spindly. After the risk of frost is gone (sunflowers don’t handle frost at all) the plants can be transplanted into your garden in a location that gets plenty of sun.

Boileau specializes in growing and selling the sunflower’s sprouts or “shoots” (shoots are grown in soil rather than water) on her Onoway farm. Harvested seven to 10 days after planting, these bite-sized snacks can be added to salads or as garnishes to a cooked dish. “It’s one of our best sellers all year round,” says Boileau, who sells them, along with other sprouts and vegetables, at the Old Strathcona Farmers’ Market. “They have an almost crunchy texture,” says Boileau “and they maintain that nutty sunflower flavour.”

Shoots aren’t the only edibles from this garden staple. Boileau says the unopened flower head can be harvested and prepared similarly to an artichoke heart, and even after the flower blooms, the petals can be an edible addition to a dish. She warns, though, that the petals themselves don’t have much flavour, but that “they bring a sort of velvety texture to a salad.”

Check the back of the flower head roughly 30 to 40 days after it blooms; when it turns brown, the flower’s sunflower seeds are ready for harvest. Soak the seeds in salt water overnight and roast them the next day.

Save time retrieving your autumn snack with a washboard. Rub the flower over the board as if it were laundry day 100 years ago, and the seeds will spill with ease.

This recipe is courtesy of Rebecca Grant of The Violet Chocolate Co., which sells chocolate at many locations across the city, including the 124th Street Market, the City Market Downtown, Swish Flowers and Harlow. “When I make it, I also sprinkle the sunflowers seeds on top to add the flavour,” says Grant. “And with using 64 per cent chocolate, the chocolate isn’t overpowering, allowing it to blend nicely with the sunflower seeds.”

tsp curry powder (or to taste)

2. Heat the chocolate in a microwave on half power for 20-second increments, stirring in between to make sure it doesn’t burn. The chocolate can also be melted over a double-boiler.

4. Once chocolate has reached the proper temperature, mix in the other ingredients. You may wish to reserve a small amount of sunflower seeds, pumpkin seeds and coconut for garnish.

5. Smoothly spread the chocolate mixture onto a piece of parchment paper. Sprinkle the remaining garnishes onto the chocolate.

6. Let set in a cool place out of direct sunlight for approximately 30 minutes.

The sunflower head will follow the path of the sun throughout the day to maximize its absorption of sunlight.

In 1987, an anonymous buyer paid more than $39 million for one of Van Gogh’s Sunflowers paintings.

The Guinness Book of World Records lists the tallest sunflower as an 8.23 metre- tall flower measured in Kaarst, Germany, on September 4, 2012.