From bakers to bartenders, the people who keep Edmonton's food scene humming are hard at work while most people are sleeping.
By Aditya Raghavan | February 8, 2010 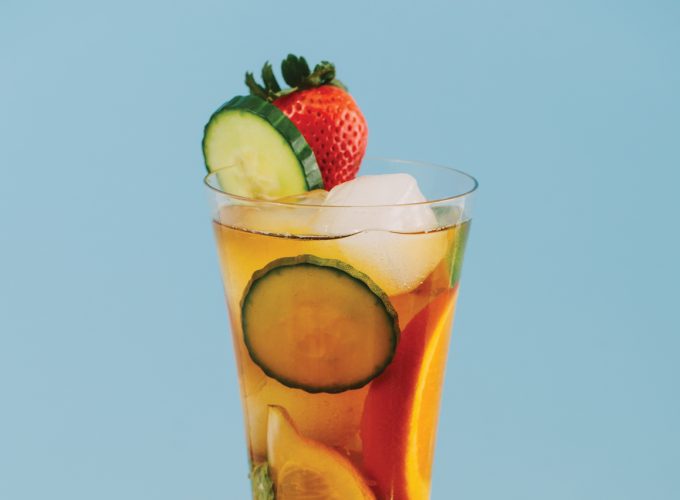 All Erica Vliegenthart wants is a simpler life, one in which she can sleep in a little bit – until maybe at least 5 a.m.

“I want to own a pie shop. Prep all the pies the previous evening, come in at 5:30 a.m. and start baking,” says the head baker at District Coffee Co., whose busy days currently start as early as 3 a.m.

The food industry never sleeps. Night owls demand crisp cocktails at 1:45 a.m., while early birds want warm scones with latts at 7 a.m. Some mornings, a few of us want to pick up coffee and be the first at the farmers’ market, expecting all the vendors to be open and have their neatly organized stalls ready. Behind each of these stories lie swathes of talented people burning the midnight oil, striving to deliver food experiences beyond our expectations.

Vliegenthart begins mise en place in the wee hours most mornings. As she quietly works in the District kitchen, the eeriness of the night is partly thwarted by the warm smells of cinnamon and sugar in the air. It feels like morning is just around the corner.

She portions out buttermilk and pours it into a giant mixing bowl filled with dry ingredients, swiftly stirring until it is just mixed. It’s all about feel. Making scones is an art that should truly be left to the experts. With culinary and pastry school training, and working on the line at fine dining restaurants, including the Michelin two-star Spanish restaurant, Mugaritz, she is certainly an expert.

Wanting to be close to her sister, niece and nephew who live in Edmonton, Vliegenthart moved here a couple of years ago. Her culinary lineage and love for pastry found her a job at the Duchess Bake Shop, giving her exposure in the Edmonton food industry.

Now at District, she works to provide baked goods to the other cafes in the Elm family – Elm Caf, Little Brick and Burrow.

“One of the four shops is open every day of the week. So, District’s kitchen is always open,” says Vliegenthart, who’s at the helm.

Farmers At The Market

As the first scones begin to come out of the oven at District, somewhere in south Edmonton, Dan Vriend and his staff are driving towards the Old Strathcona Farmers’ Market with a truckload of organic vegetables. He and his wife, Kristine, run August Organics.

The market is cold and empty with a few lights on, some six or seven people groggily working away at their stalls. The truck comes in and creates quite the ruckus, electrifying the lazy air at 5 a.m. As crates of vegetables are unloaded, Dan is busy positioning his stands, buckets and makeshift props on the long table of their stall. He places vegetables to produce an attractive palette. Every small detail makes a difference, as he is one stall out of over 130 vendors at the market.

Saturdays are long days for Dan and Kristine. “We try to finish work early on Friday night, perhaps by around 7 p.m.,” Dan says. “Saturday morning, we leave around 4:30 a.m. to get to the market. By the time we’ve unloaded the truck, after market, it is supper time.”

His family has been a steward of traditional, organic farming for generations. Back in 1982, Dan began to learn about organic farming from his parents. The Vriend family farm was the first farm to be certified organic in Canada.

Formally trained in agricultural mechanics, Dan says, “I soon realized that pulling wrenches was awfully boring. My dad had room for me to join him and help out.” Today, August Organics sells an average of 150 varieties of organic vegetables.

As he stacks the last few overflowing tumblers of fresh herbs, other farmers are only just beginning to set up their stalls. At 6:15 a.m., the market is warmer, but far from ready. Dan stands proudly by his manicured stall, raring to go. Customers who amble in at 9 a.m. may not realize that he is already five hours into his day.

Chefs usually visit the market around 11 a.m. and are probably most appreciative of the efforts, as they share a common bond. As Dan says, “You know, they just got into bed when we got out of bed.”

Around 1:45 a.m. on a Monday night, an hour or so before Vliegenthart usually enters her kitchen, Chuck Elves is busy cashing out at Three Boars Eatery. He wants to close up earlier than usual, and had informed the last few lingering customers that it was last call at least 15 minutes ago. I ask for another drink – one of my favourites, a boulevardier. He looks down at his watch. He has been working late nights all weekend and cannot wait for his Tuesday off, which could have started already.

But this is the service industry – he is here to serve. He grabs a glass and, with tuned muscle memory, stirs the concoction of eyeballed-but-accurate rations of bourbon, sweet vermouth and Campari. In less than a minute, a passing smile crosses his face as he sees me enjoy my first sip. His job is done.

As the bar empties, Elves – who has since left Three Boars, and is now working with Alberta Hotel Bar + Kitchen and Situation Brewing – begins turning stools over, wiping down counters and running glasses through the washer. Even with Led Zeppelin blasting on the speakers, the air seems vacant. The typically bustling 109th Street is like a deserted movie set.

Brandi Dawson is an insider who understands the food industry in Edmonton. She has locked up many restaurants after service, throughout her career. As a server for 27 years, she jokes that she can literally tell off pesky young servers by saying: “I’ve been doing this longer than you’ve been alive!”

Her first gig, when she was 13, was at Pizza Hut. After high school, she made a deliberate decision to not go to university and continue on her path of serving. At 40, she is now certified by the Wine & Spirit Education Trust and has positioned herself professionally in a niche, where only a handful of people in the city can claim such experience and expertise. She works shifts at places like Bibo, The Marc, RGE RD and Woodwork.

The average person may not realize that the server who brings them food at a fine dining restaurant is a professional.

“This business picks people. You don’t pick it,” says Dawson. The only ones who filter through various levels of dining, all the way to the top, are those who understand the industry to its cold starkness, really love food and find energy to serve.

“There’s always that one person: ‘Oh yeah, I used to work at Earls’ – I’m sure when you were in university. But if you think we’re at the same level because you worked at Earls? No. I do this professionally.”

In Dawson’s opinion, those who live this lifestyle are “OK with not fitting the mould” of a groomed, nine-to-five life. But it is always physically and mentally challenging.

“You deal with the best people and the worst people. You deal with great customers, regulars, industry folk, beautiful people that are easy and fun to serve. And, at the other end, there are those who just don’t care about you, people that are going to be unhappy no matter what you do. That’s tough.”

But he succeeds at it because he gains energy from the positives.

“To do this, you have to a huge sense of hospitality. You have to really love serving people and hold on to those moments when they just get it.”

As a farmer, Vriend has a remarkably similar view. “It seems to be a tough life, and we do work very hard. But it is actually a very rewarding life. You can see the work of your hands and you can overcome frustrations of nature through the immense support of customers.” 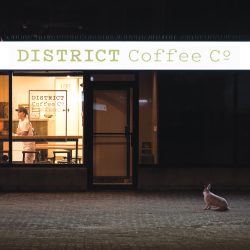 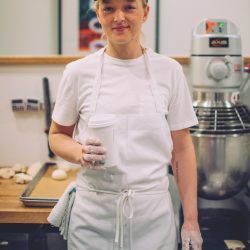 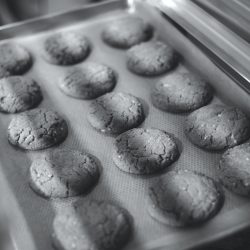 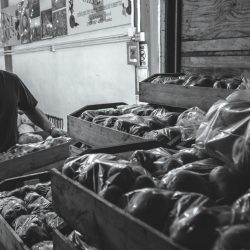 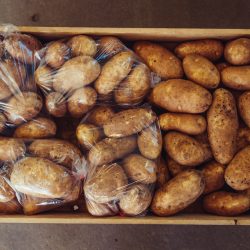 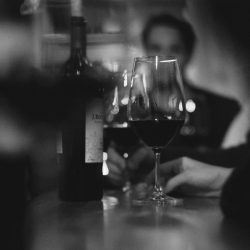 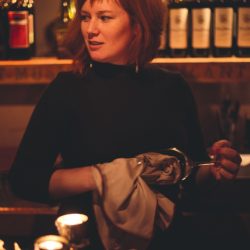