The right cheese pairing can either make or break a charcuterie plate, which is now standard in any trendy local restaurant. Woodwork smokes and ages its own meats, Square One makes its own mustard and pickled veggies, and most restaurants bake their own breads to serve with these popular appetizer plates. But what about the cheese?

There are more than 700 specialty cheeses that range from processed and packaged American cheese slices to perfectly aged (around six weeks), creamy French Camembert. The variations in taste, texture, aroma and quality are as distinct and bountiful as those between types of wine.

Older cheese (aged for nine months or more), like pincion and cheddar, have a sharper, bolder taste and pair well with full-bodied red wines, like syrah or malbec.

But most local cheese-makers opt for young cheeses. Rosario Caputo of Cibo Bistro makes three different cheeses in-house. He recently started experimenting with different recipes to create his own burrata, an Italian cheese that has an outer shell of solid mozzarella with a soft centre made up of a mozzarella curd/cream mixture.

“It’s the first solid cheese [that we make in-house] , so before we put it on the menu we wanted to make sure we had a recipe that could be consistently reproduced,” says Caputo.

This process involved careful adjustments of cooking times and temperatures to find the perfect consistency to match the dish in which it’s served: A Caprese salad made up of halved Gull Valley cherry tomatoes encircling a ball of burrata, topped with basil pesto and pine nuts.

The resulting cheese looks like bocconcini or fresh mozzarella and not the aged, hard bricks you can buy at a grocery store. Caputo says that this cheese could be eaten on its own or paired with a light white wine, like a chardonnay or pinot grigio: “You don’t want to pair a young cheese with a red wine; the flavours are so delicate that a red would overpower it.”

Caputo currently makes a goat ricotta as well as a traditional dairy version. There are no preservatives in either of these cheeses: The only ingredients are goat’s (or cow’s) milk and lemon juice (to create the curd). The burrata contains calcium chloride, which adds calcium back into the curds after the milk is heated and separated into curds and liquid whey.

Many of Caputo’s current and past employees learned how to make cheese when they were in culinary school at NAIT. There, chef Allan Roote teaches the fundamentals of cheese making – everything from hour-long mozzarella to weeks-long Brie that needs to age for months.

On top of leading these courses, Roote also holds a one-day cheese-making course for the general public. The first class took place in early April and attendees learned how to make mozzarella in 30 minutes.

Roote thinks it’s very important for students to gain real-world experience from their education. “I know a lot of places currently make their own cheese, so if a student walks out of school saying [he or she] learned this in school, then that’s a leg up for them,” he says. 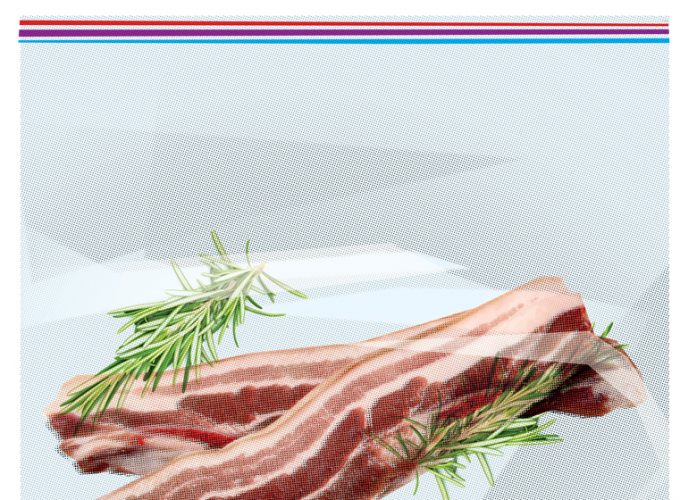 Food It’s in the Bag Sous vide cooking may sound fancy, but it’s easy for amateur chefs to try, too. Read More

Food Techno Foodie The day will come when you can instantly rehydrate a delicious five-course meal in your own kitchen. Read More