Winter won't prevent you from stocking your fridge with locally grown vegetables all year round
By Gail Hall | November 10, 2013

Looking outside at the late autumn landscape, it’s hard to believe that our province can produce vegetables in these cold months. But we can. Vine-ripened tomatoes, cucumbers, bell peppers and lettuce are just a few examples of what’s available most of the year, thanks to greenhouse growers in sunny Alberta and their ability to meet market demand in terms of volume and price.

“Alberta is the fourth largest producer of greenhouse vegetables in Canada, surpassing the Maritimes and other prairie provinces,” says Dr. Mohyuddin Mirza, a greenhouse specialist and director of education and extension with the Alberta Greenhouse Growers Association. “Over 60 greenhouse operators produce vegetables, occupying over 135 acres, with the largest concentration in central and southern Alberta.” Greenhouses still produce in the winter months, but production drops to a total of only about 25 producing acres.

It takes serious financial investment to become a greenhouse grower in Alberta. Just ask Joe Doef, the patriarch of Doef’s Greenhouses in Lacombe. “On average, it costs about $1 million to build one producing acre,” says Doef. “Along with Gull Valley Greenhouses and TR Greenhouses, we collectively have 17 acres under production.” Walking by Doef’s stalls at farmers’ markets, one gets a sense of its growing acumen. The variety is like a Monet painting – an explosion of vegetal colour with tomatoes and peppers in bright oranges, reds and yellows, deep purple eggplants, vibrant green lettuce and English cucumbers.

Most greenhouse growers, including Doef’s and Gull Valley, follow green and sustainable practices such as hydroponic planting, bee pollination (hives are placed in the greenhouse), rainwater diversion and Integrated Pest Management (IPM). IPM involves the use of predatory bugs to rid the greenhouse of harmful pests to maintain plant health and minimize the use of pesticides.

Produce is picked within a day or two before it gets to markets, such as the City Market on 104 Street and Old Strathcona Farmers’ Market. “You know what you’re getting, and can have a personal conversation with the farmer,” says Phil Tiemstra, co-owner of Gull Valley Greenhouses. “Our vine-ripened tomatoes are picked the day before they go to market.” Gull Valley produces 14 varieties of tomatoes equal to approximately 1.23 million pounds in a year, in addition to peppers and butter lettuce.

If you’re not a farmers’ market shopper, local greenhouse produce can be found in national grocery stores in summer and in winter. Alberta distribution companies such as Pik-N-Pak Produce and Red Hat Co-operative are in business to get local greenhouse-grown tomatoes, cucumbers and peppers into grocery stores. 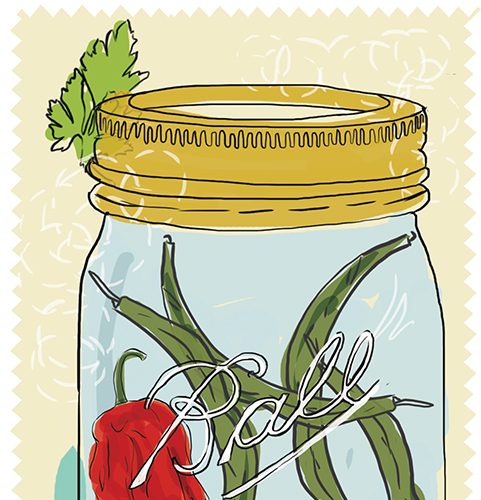