When restaurants drastically revamp their menus, it can pay big dividends - but not every change is for the better.
By Tina Faiz | February 11, 2010

Within six months of opening North 53, owner Kevin Cam knew something was wrong with his restaurant.

North 53’s modernist molecular cuisine was new to Edmonton: 100-per-cent Canadian tasting menus, tiny portions, theatrical plating and labour-intensive dishes invented in the science lab of a kitchen, complete with centrifuges and dehydrators. But it was also painting the restaurant into a corner.

“We’d become the ‘special occasion’ restaurant,” he says, “a fancy place you go to once or twice a year.” Those two words are a kiss of death for restaurants unable to adapt to today’s casual-dining, small-plates trend. It has led, in part, to the closure of The Blue Pear, and even institutions like the Fairmont Hotel Macdonald’s Harvest Room and La Ronde at the Chateau Lacombe are shedding their dinner-jacket-required stuffiness to stay viable. Smoke & Oak Fashioned from North 53

At North 53, the six- and eight-course tasting menus were “an experience.” The average seating was three hours long, and fewer turned tables meant less revenue. The minimalist plates of chicken cooked in hay or fish dusted with dehydrated brown butter powder bewildered diners, forcing Cam to lower prices upon opening.

Cam had bought into his young chef’s untested haute cuisine. It was risky for a guy with no restaurant experience. “I’d wanted to do something outside the box,” Cam reflects. Ironically, he created an avant-garde dining experience that boxed him in with a niche, older clientele. “We were busy, but we weren’t getting enough repeat customers.” And despite the media fanfare around the restaurant, “people were intimidated by the initial concept.” Popcorn Chicken from North 53

In November 2014, Cam and three of his staff went to Toronto on a mission: to eat and drink at 30 restaurants in three days – including hotspots Bar Isabel, 416 Snack Bar and Peoples Eatery – in search of good food and a lifeline for North 53. After the research binge, Cam closed the restaurant for a week, and reopened with a new chef and a new concept that emanated from the trip: Elevated comfort food.

North 53 stepped back from sourcing all-Canadian. It focused on crafting the best cocktails in the city and introduced a late-night, small-plates menu. It softened the decor with vintage plates and ditched the cold, sleek chrome chairs. Every detail, down to a new website and late-night old-school hip hop playlist on Fridays and Saturdays, reinforced the new North 53; a “warm, approachable and fun” neighbourhood haunt you’d pop into for a drink and small bite. The reaction? “It’s been great,” Cam says. “We should’ve done it from the beginning.” The chicken cooked in hay gave way to popcorn chicken, now one of the bestsellers with over 500 orders a month. The restaurant has doubled its revenue and tripled its volume of customers.”Biggest lesson I learned is that you’ve got to read the demographics of the city you live in, and not stray too far from that,” says Cam. Nathan Henry and his renovated 12 Acres

Where it took Cam six months to realize his concept was failing, it took Nathan Henry three years to admit that River House Grill, the iconic St. Albert restaurant he and his wife purchased in 2012, had become “that special-occasion place.”

“It was a week after Valentine’s Day in 2015,” recalls Henry. “We were booked solid for three days.” The week after, it was dead. “I was so upset. Restaurants can’t survive on Mother’s Day and New Year’s Eve. … We had to do something or close the doors.”

During those three years, Henry, 35, tried everything to shed the toxic label – change the menu, advertise, introduce a popular brunch, open the patio, renovate the dated maroon-and-olive green decor and put in a fireplace. He even dropped the word “Grill” from the name. “That was a mistake. I should’ve changed the name completely.”

People still associated the Victorian-style manor perched on the Sturgeon River with the outdated fine dining “parsley on the rim” restaurant it had been for over a decade. And sales had stagnated. It’s said that, to own a successful restaurant, you need to be the chef. But despite cooking in kitchens across western Canada, including Wildflower Grill and Eden, chef Henry’s last chance for success walked through the door in December 2014.

Brian Mendieta, a city slicker-turned-farmer and his wife, Jennifer, had recently bought a farm 25 minutes northwest of St. Albert, and had beef to sell.

“He talked about pasture prices and I talked about plate profits,” says Henry. “We dissected the business of it, and realized if we go the whole gamut – raise the animals, butcher the animals and cook the animals ourselves – we’d be pretty successful.”

The 12 Acres restaurant and farm concept was born.

It’s about more than just dollars, though. Henry and his executive chef, Cory Rakowski, have grand goals: A five-year plan for the farm to fully sustain the 100-seat restaurant, and vice versa. On the 240-acre farm, Mendieta raises 120 cattle, 40 lambs, about 60 pigs, 100 laying hens, 100 chickens – and two alpacas, to guard the sheep from coyotes. Since rebranding to 12 Acres in May, the restaurant has tripled sales, and week-over-week growth is a respectable 10 per cent. It’s also added new revenue streams, with a large food truck and a booth selling 12 Acres meat at the St. Albert Farmers’ Market.

“There’s no one demographic now,” says Rakowski. The elderly couple who’d previously split a salad has now expanded to young couples and families, and not just from St. Albert.

“When you take out all the middlemen – the packers, the distributors, the sales reps, the boxes,” says Henry, it turns out, “it’s profitable to know where your food comes from.””And if does fail,” he says, “at least someone tried it.”

In downtown Edmonton, Richard Lim moved in the opposite direction to boost his restaurant, Lazia. Malaysian-born of Chinese descent, Lim opened Lazia in 2002 as a modern Asian-fusion restaurant that’s “a credible Asian alternative to Chinatown with respectable quality.” The menu was a lengthy journey through Japan, Thailand, Indonesia, China, India and a few other pit stops along the way. Lazia owner Richard Lim

In fall of 2014, a dip in sales convinced Lim to jump on the “eat local” bandwagon to remain relevant. Lim condensed his fusion menu from 60 items to 17 and added 14 new Western-style dishes sourced from nearby farms, such as Peas on Earth kale salad with ice-wine vinaigrette and Moroccan lamb sliders.

It failed spectacularly. Eighty per cent of the sales came from Lazia’s fusion menu.

“The writing was very clear on the wall,” says Lim. His affluent business crowd was hooked on his bold, spicy flavours. “Our customers had grown to trust and enjoy our Asian-fusion items, so I decided to go full-circle back to what we did – but in a new way, with refined presentations.” He kept the kale salad and Moroccan lamb (reworked as meatballs, a small-plate item for the bar), and re-launched his new – well, old – menu in July. It’s Lazia’s greatest hits, trimmed neatly down to 28 dishes of sweet, salty and spicy flavours of southeast Asia, including Nasi goreng, Thai green curry and a Japanese-French fusion teppanyaki steak dish with a “hatch” chili hollandaise. There are also odd tangents of Mediterranean pork belly and parmigiano doughnuts. Fewer items are sourced locally now, but Lazia continues to buy organic vegetables from Peas on Earth.

Customers have responded positively. “We’ve also learned not to panic,” says Lim of his knee-jerk reaction to change concepts. Added bonus: A concise menu means a shorter prep list, and “it’s now more fun for everyone. And we are wasting less in ingredients and labour.” Plus, he says, there’s more time to emphasize presentation.

There’s no magic formula in this industry, but after 13 years in the business, Lim says the best approach is to “stay true to what our customers have been telling us, what they like, and do them as best as we can – with a new twist.” 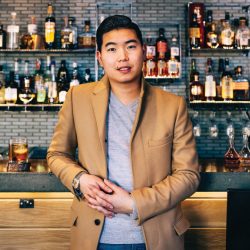 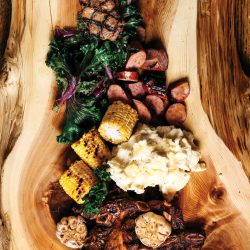 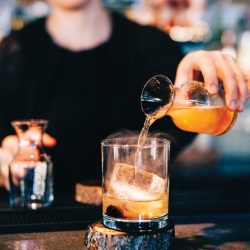 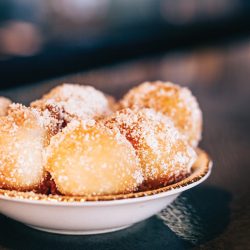 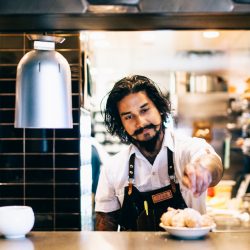 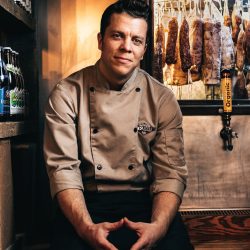 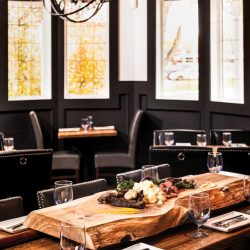 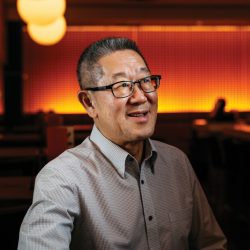 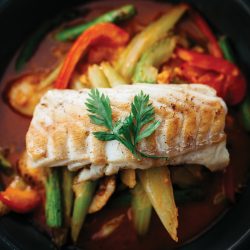