Edmonton's Cleankeys earns $100,000 Innovation Prize. Find out about the local inventors who were recognized by the 30th annual Manning Innovation Awards.
By Omar Mouallem | February 11, 2010

Once a year, the nation’s most inventive minds come to the Manning Innovation Awards, which gives cash prizes to a Canadian who has successfully marketed a new invention.

Not only was Edmonton hosting the 30th annual gala on Oct. 14 and a public symposium on Oct. 15, but it’s also home to five of the 40 contenders, including Cleankeys, winner of the $100,000 Innovation Award.

This sleek computer keyboard by Randy Marsden has a solid and seamless glass surface that allows users – likely working in hospitals or dental clinics – to sanitize it regularly without damaging the electronic components. The shallow keys keep it feeling familiar. (cleankeys.com)

This brand of six beautifully adorned guitar pedals by NAIT graduates Ryan Clarke and Tanya Bach is already sold in eight countries. They retail for about $200 each. Clarke uses his electronic engineering background to give each line a unique sound, and Bach, a graphic designer, gives each a unique look. (drscientist.ca)

Lorne Babiuk, one of the University of Alberta’s rock star researchers, developed a children’s vaccine by cleaving a protein. Every year, rotavirus symptoms, mostly diarrhea, claim the lives of 500,000 worldwide, including many children under age five.

This on-line educational resource by Gautam Rao with Castle Rock Research is compatible with Grades 3 to 12 students’ curricula and their smart phones. Educational instructions can be customized to each student’s learning needs and allow for immediate testing. (solaro.com)

John Tulip, a recently retired U of A professor who’s been on the cutting edge of lasers since their birth, created laser technologies that immediately detect greenhouse gases, hydrogen fluoride and other toxic leaks. Through Boreal Laser, his inventions are already available in 45 countries.(boreal-laser.com) 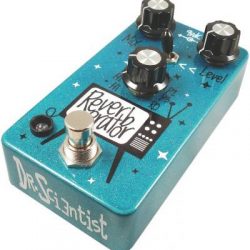