Why She’s a Top 40: For helping citizens understand the impact wildlife has on all aspects of our lives

Cheryl Feldstein draws a circle on a napkin and makes four dots, explaining: “You can’t pull the environment away from education, health and social services; they’re all linked.” She goes on to give clear examples of how Edmonton’s problems with homelessness and mental illness are affected by the four points on her circle.

Feldstein not only sees the big picture, but she has an exceptional ability to simplify it so the public can see her vision too – that’s what makes her a visionary.

Feldstein credits most of her success as an educator and facilitator for the Wildlife Rehabilitation Society of Edmonton to her gut – and a distinct desire to make a difference in her community. She began her career in the environmental field by volunteering at the Wildlife Rehabilitation Society when she was 26. “I was completely naive at first,” admits Feldstein. “I started by thinking, ‘I am going to save every animal.’ The truth is, you have to take your successes and the sadness that comes with it. But you have to know the success wouldn’t exist if you were never there.”

After a couple of years volunteering and acting as a board member, Feldstein became the society’s executive director. In her new position, she has helped the fledgling organization grow substantially, increasing its public profile and its annual budget. In that time, she has had to overcome recent financial hurdles and the loss of the land the organization was originally built on; the experiences only strengthened her resolve.

Much of Feldstein’s time is spent as an environmental spokesperson helping school children, mayors or international delegates of the ICLEI World Congresssee past the ends of their noses to realize how our natural surroundings are connected to every component of our lives and our community. She’s also the spokesperson on air quality for the Lung Association (Alberta and NWT) and president of the board of the youth-driven media initiative, Active Citizens Television. “I’m starting to make that dot that’s connected to everything else,” she says. “It’s my hope to connect others to their dots.” 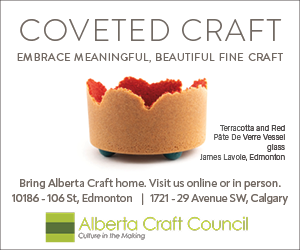