An Edmonton couple kicks convention to the curb, customizing their home and nearly everything in it
By Shauna Rudd | November 2, 2012

A portion of a bowling lane gets a chance for a new life as Jessica and Brondon Kot’s dining room table.

When you step into the bright, contemporary home of Jessica and Brandon Kot, the first “wow” pops from your mouth when the staircase comes into view – a stepped tower of glass and black steel set against a red brick wall reminiscent of a New York loft, with an enormous light pendant overhead.

Jessica’s dad, a retired mechanical engineer, built the staircase with his own hands. He welded the metal and installed it himself, which is an incredible feat for someone who has never done it before. “I don’t think he’ll ever do it again,” Brandon says, laughing. “It was a labour of love, and that’s why we can’t sell this house.”

Equally astonishing, they didn’t use an interior designer. Jessica scoured magazines and design blogs for ideas and inspiration while Brandon was “the voice of reason and budget,” she says, laughing. Brandon admits, “My college dorm-room phase would still be in full force if it wasn’t for Jess.”

The couple handpicked everything, from the flooring and backsplash to the furniture, with only one guiding principle: They had to love it. Matters of practicality didn’t even enter the picture. Jessica bought the living room’s coffee table before the house was even built. Everyone said, “It’s too big … You don’t even know how much space you’ll have.” But, she loved it. “I’ll make it work,” she told them.

The chocolate-coloured hand-scraped hardwood flooring is another choice that many advised against. “Everyone told me not to have these floors with a dog, but you know what? That’s life,” she says.

“A lot of this stuff is a little more ‘out there’ than what people would be comfortable with,” says Brandon.

That’s a bit of an understatement. The dining room table is a chunk of bowling lane on top of a cart, and the stools around the island are from an old factory. “These are the things that make a home yours and not a showroom,” says Jessica.

Whether it be the floating bed placed in the centre of their bedroom or the clunky mechanical scale in the main bath or the authentic Eames chairs around the dining table – if it inspired them, it found a place in their home. And, somehow, they made it all fit together seamlessly.

This serendipity seems to have been with them from the start. They never intended to build an infill home. Brandon owned the small house that sat on their current lot and he rented it out while he and Jessica lived in an 800-square-foot downtown condo.

The original plan was to sell the house, find a good lot and build new. But they came to realize that his little house was on a sizable lot in McKernan, just a stone’s throw from Whyte Avenue, and the seeds for their dream home were sown. “We’ve really blossomed here,” says Jessica.

And in more ways than one: “Jess is expecting,” says Brandon. Although it’s easy to see the house is not tailor-made for kids, he disagrees.

“While we were building the house, our folks said, ‘Are you sure that you want to do this because it’s not going to be practical two or three years down the line?'” He goes on to say, “It’s a snapshot of the year we got married. We built what we wanted then, and we’ll make it work [for kids] when the time comes.”

Considering how well everything else has worked out, there’s no doubt about that. 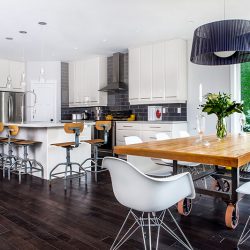 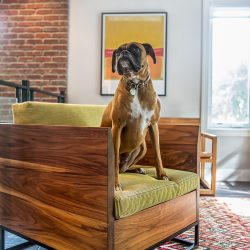 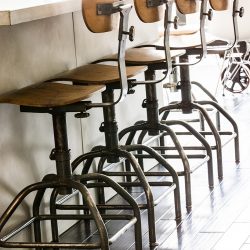 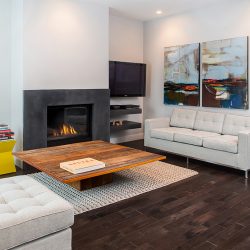 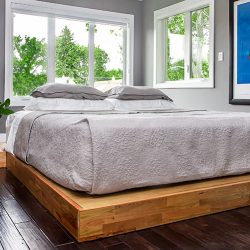 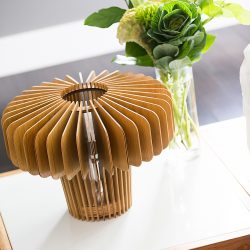 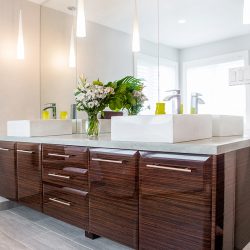 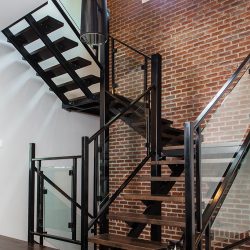