An Edmonton couple built a home with longevity in mind, without sacrificing style
By Kim Collins-Lauber | October 2, 2011 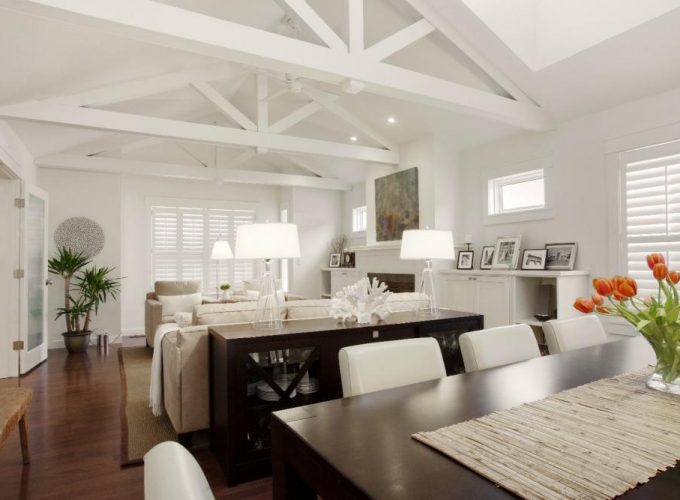 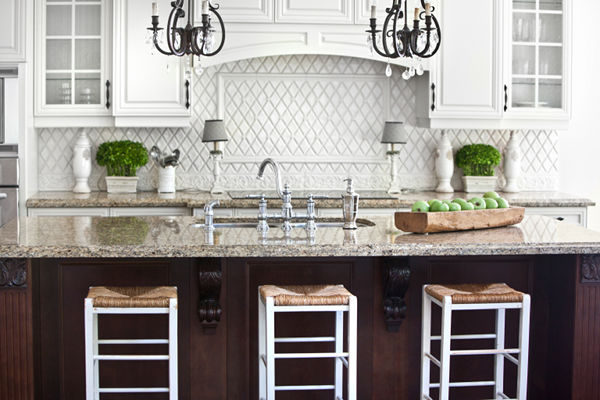 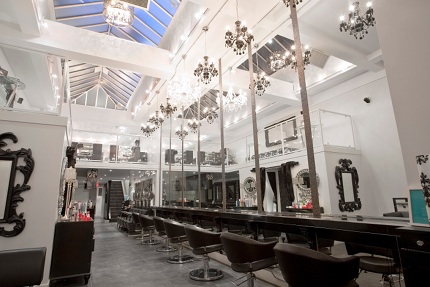 Their newly built mid-century-modern home combines design, ergonomics and new technologies to create a space that is glamourous and genius, cool and conscientious.

Jarman and Warshawski’s home isn’t just the smartest kid in the schoolyard; it’s the most popular one too, though it took some convincing. Designer John McMaster of Daily Planet Design and the homeowners had to explain to the neighbours that they wanted to build a home that blended in with the mature and urban esthetic of the area.

It helped that the homeowners grew up in the Crestwood area but, still, some new homes in mature areas earn a bad reputation. “In these mid-century-modern neighbourhoods, you see people tearing down gems and building ‘McMansions.’ It just doesn’t fit. It doesn’t look good,” says McMaster.

The designer was hired to design their 2,400-square-foot bungalow because he shared their appreciation of low-pitched roofs, clean lines, post-and-beam elements and the natural integrations, such as earth-tone colours and wood.

They wanted their home to feel like an extension of the outdoors, so they carried the Italian porcelain tiles on the main floor to the outside of the front entrance and back deck. The cultured-stone fireplace wall is also echoed on the exterior of the house, and floor-to-ceiling windows at the back of the house invite the outside in. McMaster says they tried to capture a tropical-feel in the home – “with triple-pane windows,” Jarman jokes.

The home has a serene colour scheme and earthy materials. The cabinetry in the den and the lower level and, most notably, interior doors are all custom-made with a fine-textured blond wood from Africa called anigre. The interior doors brightly contrast the front door, as well as the kitchen and bathroom cabinetry, all made with Santos rosewood, a darker wood with prominent defined lines.

Throughout the home, there are splashes of orange. Although Jarman isn’t a fan of the colour, she thought it was the best choice for the accent hue. Two tangerine-coloured vases add punch to the neutral tones of the leather sofa and the travertine-and-wood coffee table. “Because everything else is calm and dark, I think you can have pops of colour,” she says.

Those pops also appear in their art collection, including a Bobbie Burgers painting above the William Switzer reproduction hutch, both brought with them from their previous home of 26 years in Buena Vista.

“What’s really interesting is that everyone who had seen the painting in our old house came in and said, ‘Oh, I love your new piece of art,” Jarman says.

Design doesn’t stop at decor. Sometimes it’s what you don’t see that makes a home stylish and smart.

An integrated computer system allows the couple to set their alarm, open and close blinds, change the thermostat settings and turn lights off – all from a touch-screen computer in their kitchen or from their iPad.

“One of the reasons for the integration was to get rid of what Maria calls ‘wall acne,'” says Warshawski. “You don’t have 14 switches on the wall in every room. You actually interact with the house.”

The smart system they call “Sophie” can monitor how much power is being used and can determine which appliance is on by its specific energy signal. Manufactured by Shore 2 Shore Automation, it also lets them relay a shopping list verbally to the computer and, using voice recognition technology, the computer will automatically e-mail the list to them. And, “even if you’re bed-ridden, you can talk to the house and say, ‘Call 911.'”

The couple, both nearing their senior years and physically active, recognize the necessity of building a home that would also be functional.

The basement has two spare bedrooms for visits from their three adult children and a recreation room with a projector for movie nights with the kids. But, really, everything they need is on the main floor, including washer and dryer. The hallways are five feet wide, about two feet wider than normal, and the doors are also wider than the standard to allow the couple to navigate with ease.

The shower in the master bath was also designed with mobility in mind. It’s extra large and has a seamless entry without a curb to enter.

And, like the interior, the yard is spacious and inviting because, although condos are often the home of choice for people nearing retirement, the homeowners aren’t ready for life without a yard.

“We love to be able to get outside and putz around in the garden, even though we’ve made our yard low-maintenance,” says Jarman. “What we really love about this yard is that we can play in it.”

Taking maximum advantage of natural light can make a home seem more spacious and inviting. Here are some key design choices to help you get the same airy look as Maria Jarman and Bob Warshawski’s house.

Interior glass door: The homeowners installed a glass-paned bedroom door, affixing a Mylar film that looks like rice paper on it to maintain privacy and still let in light from behind the door.

Transparent stair railings: The glass panels on the railings leading into the basement carry natural light to the lower level, preventing a dungeon-like feeling.

Get stuff off the floor: The homeowners chose floating night tables for their bedroom because “we didn’t want that look of heaviness,” says Jarman.

Transom windows: Because of cost, they originally forewent plans for transom windows in the living and dining rooms. But when walls went up they realized they’d lose some great light. They have no regrets about spending the extra cash on the high windows. “It’s kind of like being in a tree house,” says Jarman.