Future Fields is figuring out how to nourish — and what to call — lab-grown meat.
By Eliza Barlow | June 1, 2020 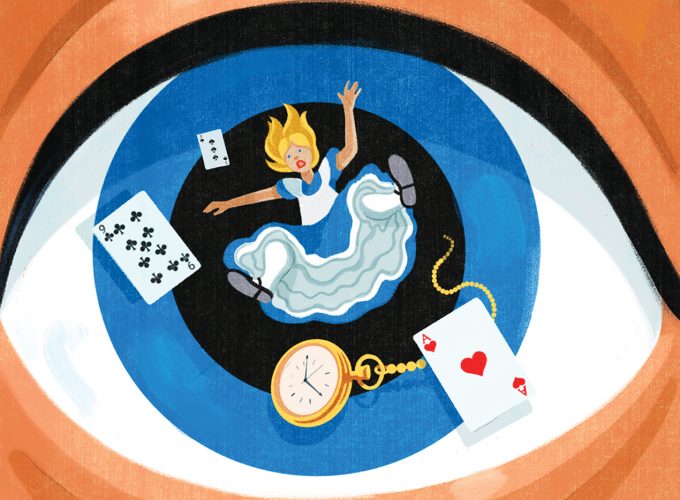 Urban This Edmonton Team Uses Virtual Reality to Demonstrate Vision Impairment It’s a real-life way to show people in high-risk groups that they need to get their eyes checked, and it’s also used on medical staff, students and the general public so they can have empathy for those suffering vision loss. Read More

It’s a product so nascent that people are still mulling over what to call it. Cultured meat? Clean meat? Lab-grown meat? Frankenmeat? Unborn meat? In vitro pork chop, anyone?

Several factors determine a name for animal flesh that isn’t carved from a carcass, and how to support growth in this innovative — if not controversial — area of the economy.

For now, the industry is calling it “cultivated meat.” It’s grown by scientists using stem cells from the muscle tissue of living animals, such as chickens, cows, pigs and shrimp. No one is quibbling — yet — over the second word in the name. “At the molecular, cellular level, it’s the exact same, so why wouldn’t you call it meat?” says Matt Anderson-Baron, 32. The University of Alberta graduate and Top 40 Under 40 alumnus is the co-founder and chief scientific officer of Edmonton biotechnology company, Future Fields, which is working in the cultivated meat sector. He admits, though, that his reasoning wouldn’t fly with those who define meat as something that comes from a slaughtered animal.

Proponents say lab-grown meat can help solve environmental and animal rights challenges in the commercial livestock and meat processing industries. But would a steak by any other name sizzle as succulently? The burning question is whether consumers will ever demand meat grown in labs, instead of in farmers’ fields and chicken houses.

“But will these virtuous goals overwhelm the yuck factor that you see with these products?” he asks, referring to products that carry a whiff of the biotech. “It’s definitely there. It feels like a departure from nature.”

Humans have been raising domesticated animals for slaughter for over 10,000 years. Today, based on the beef sales and Statistics Canada industry multipliers, the Alberta beef industry alone generates approximately $18 billion in total economic activity, and creates 63,000 direct and indirect jobs with farms and suppliers across Canada. On top of this, the Alberta poultry, egg and dairy industries combined, generate some $2.9 billion in GDP, according to the latest industry research. By comparison, the history of cultivated meat goes back only to 2013, when the first lab-grown hamburger was cooked and eaten in London, England. Since then, the industry has grown to an estimated 60 companies worldwide, including Future Fields. Production costs remain relatively high but are declining. At the time, the London burger cost about $388,000. But a San Francisco startup recently grew a chicken nugget for about $70. While wrapping up his PhD in 2019, Anderson-Baron grew a 30-gram meat nugget at a cost of $300. He didn’t sample it, however. “There are definitely some rules around eating your experiments,” he says.

But the fact he’s never eaten lab-grown meat doesn’t make him any less driven to help get it to market. In fact, he entered the field partly as a way to solve a personal moral dilemma around eating meat. “I’ve always been an animal lover, so there was a cognitive dissonance in my head. How can I love animals and still eat meat? How can I still eat meat and not have to slaughter an animal? For me this is a way to resolve it,” he says.

To address the cost barrier, Future Fields has changed its focus from growing the meat itself to refining formulas for the growth media — a nutrient broth in which the meat cells grow. Early in development, lab-grown meat depended on an expensive growth medium of fetal bovine serum. The Future Fields broth is a complex blend of sugar, salt, amino acids and biomolecular growth components that doesn’t rely on the serum. Future Fields customizes the broth for the type of meat being grown. “We have customers looking to produce beef, some customers looking to produce kangaroo. There’s a lot of diversity there,” says Anderson-Baron.

Cellular Agriculture Canada is a non-profit co-founded by Future Fields to “steer the narrative” on cultivated meat as it gets closer to regulation and market. On its website, it details a number of potential benefits of cellular agriculture, such as environmental impacts, animal welfare, food security and food safety. It’s part of a growing sentiment that the planet is at a breaking point when it comes to satisfying human appetites for meat. According to the Food and Agriculture Organization of the United Nations, the livestock industry is responsible for 14.5 per cent of human-caused greenhouse gas emissions worldwide. “I have nothing against small-scale family farms where animals are treated well. It’s about these intensive farming practices that we have had to resort to as a society, to meet our high demand for animal products,” Anderson-Baron says.

Consider that a tissue sample the size of a pinhead could produce metric tonnes of meat. It’s not like a hen would have to submit to a biopsy every time someone wanted chicken and dumplings.

As the product marches toward market, the social and ethical debate around meat-eating could become more heated. For example, what if the heart of the matter is whether part of the appeal of eating meat is knowing that it came from something that was once alive? If the texture, flavour and environmental impact of lab grown meat were the same, and it was deemed safe, would consumers still prefer butchered product? “I think it cuts both ways. In the past there was something about eating an animal you’d raised, or hunted — storytelling around meat eating,” Caulfield says. “On the other side, that is the exact problem.” Caulfield anticipates lab-grown meat will be portrayed as a wellness product once it becomes available. “There’s going to be some virtue signalling around it, and I get that. I’m not saying it in a negative way,” says Caulfield, whose Netflix show, A User’s Guide to Cheating Death, delved into some dubious health claims made in the marketing of various products. He cautions “the science can get confused” when virtue signalling is thrown into the mix.

Environment-wise, there could be a catch. A 2019 research study conducted at England’s University of Oxford found carbon dioxide emitted in the production of lab-grown meat could potentially lead to higher global temperatures in the long run, than methane released as one byproduct of cattle farming. While the lifespan of methane is about a decade, carbon dioxide can accumulate and persist in the atmosphere for decades and centuries, even under reduced consumption. The study said the potential environmental advantages of lab-grown meat hinge on how the power to grow the meat is generated, and the availability of low-carbon energy sources.

Caulfield also wonders whether vegetarians and vegans will partake in the new meat. “You’ll see some commentary that it’s still meat and what we really want to do is change our appetite away from meat,” says Caulfield.

For Anderson-Baron, there’s the dry rub. He’s tried to go vegetarian in the past, but it hasn’t stuck.

“It’s hard, because meat is a wonderful thing. It’s delicious. It’s difficult to give that up.” Plant-based alternatives “get close, but ultimately it is different,” he says. “The average consumer who is a meat-eater is not going to adopt them. They’re never going to have the same flavour profile and texture.”

Anderson-Baron thinks consumers are ready for this alternative. “We can make cell-based products that are indistinguishable from conventional meat products. Once you can go to the grocery store and see a lab-produced product right next to a conventional product, consumers will open up to it even more.” Eventually, he says, consumers will even be able to buy different cuts and varieties.

Those in the cellular agriculture movement don’t plan to stop at meat. Lab-grown milk, eggs and even leather could soon be coming to a store near you. Start thinking of names.