Why He’s Top 40:For promoting daring new architectural designs, and for helping revitalize the downtown core.

What Do You Like Most About Edmonton?:“It’s the air of optimism and belief that we haven’t really built the city yet. It’s such an easy city in which to get involved and have an impact. There are so many opportunities for community engagement and volunteerism.”

Ian O’Donnell was seven years old when he learned that his family would be moving from Ottawa to Edmonton. His father would be accepting a job to head Environment Canada’s weather service in the Alberta capital.

As the airplane made its approach to Edmonton, the pilot spoke over the intercom, warning they’d have to detour to the south in order to avoid some heavy weather.

“My father looked out the window and said: ‘That looks pretty bad,'” recalls O’Donnell.

That day? Black Friday – the day a tornado ripped through Edmonton, killing 27 people and causing hundreds of millions of dollars worth of damage.

“With my dad working for the weather service, right after we landed, we didn’t see him for a week and a half,” says O’Donnell. “The Whitemud was flooded. We couldn’t get to our new home, so we lived at the Westin.”

It only makes sense that someone who arrived on the most destructive day in Edmonton’s history would become a community builder. With Manasc Isaac Architects, O’Donnell has overseen many key projects, including a rethink of the Servus Credit Union corporate centre, which saw a hole cut into the structure to let in natural light, and a design that cut power use nearly in half.

He also helped in the rebuilding of Slave Lake‘s government centre and library. The project, designed by Manasc Isaac, was completed just before the fire of 2011 engulfed the town. The building had to be rebuilt.

“There were physical and psychological sides to that project. That’s the centre of town, so the completion of the building was integral to bring the sense of normalcy back to that town.” 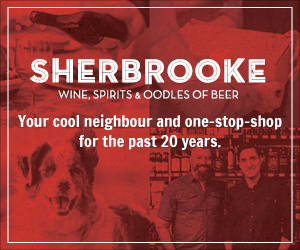 Outside the office, O’Donnell remains a builder. He’s the chair of development for the Edmonton Community League, which is opening up a new 1,500 sq. ft. space in a 103rd Street parking garage.

“The impression of downtown is a lot different than it was a few years ago. This isn’t the downtown of 20 years ago. It’s being reborn. I don’t think ‘revitalization’ is the right word to use anymore. We’re in the next phase of evolution of the downtown.”

O’Donnell envisions a vibrant downtown where new developments have value – but aren’t cheap. He sees a downtown that inspires its visitors, where people come to do more than work.

“There’s a renewed sense of pride. What we need is a lot of people to become tourists in their own city again.”