You might love your indoor hot tub or your garage-turned-gym, but will you feel the same when it's time to sell?
By Ramona Korpan | February 2, 2014

We’ve all seen them: The house with inspirational quotes painted on the family room walls; the basement with the velvet-upholstered bar; and that above-ground pool, blemishing your neighbour’s backyard like a chlorinated pimple. Large and unusual home features have even become the stuff of reality TV, thanks to shows like Million Dollar Rooms that showcase the good, the bad and the what-were-you-thinking of over-the-top decor.

There is one group of people who aren’t always entertained by wonderfully weird homes; realtors. It’s tough to chuckle at an indoor climbing wall when it might mean the homeowner will take a hit on resale value.

Ray Elwenni of Experience Realty Group has seen it all. Just recently he tried to sell a custom-built home that was made to look “like you were in Italy. So there were actually statues everywhere; there was a gold crown moulding everywhere, and that’s something that just doesn’t fly here. It just didn’t sell.”

Despite cases like this, he claims that the feature most likely to hinder saleability is much simpler. “One of the [areas] where people don’t think of the long run, is honestly something as simple as paint,” he says. “People will have really specific taste in paint, and it may not necessarily go with everything, or the colours just might be crazy and wild.”

Robert McLeod of Re/Max echoes that sentiment. “I’ll frequently show houses and the first comment that I’ll blurt out is: ‘It looks like Benjamin Moore puked in here.’ People watch a design show and all of a sudden think more is better. But when you’re getting ready to sell it, you’ve got to tone it down a little.”

Not every absurd home feature was unusual at the time it was added to the home. Often these features were trendy at the times of the installations. McLeod cites outdated trends and period dcor as a major hindrance to resale. “If you’ve got any type of carpet that requires a rake, that’s a no-no,” he says. The selling price of homes with outdated dcor is typically adjusted to reflect what the new owner will have to pay for renovations. Otherwise, says Elwenni, “it is highly likely that it won’t end up selling because it isn’t very hard to find something comparable.”

Elwenni has seen homes fall victim to even the most obscure, fleeting trends. A few years ago, Carmen Electra released a collection of striptease workout DVDs, and suddenly even the most timid homemakers were signing up for pole-dancing classes in local studios. Unfortunately, some people took it even further. “I don’t know how to say this,” says Elwenni, “but there’s some really funky people out there who put stripper poles in their properties. The problem with these kinds of things is when you start doing things so customized to what you like and what your lifestyle is, the harder it is for you to sell. That’s just a fact.”

McLeod agrees. “I went into one house once and the person was either a stalker or a devout collector of Barbara Mandrell memorabilia,” he recalls. “And sometimes a house with too much personality scares a lot of people off because all they’re focusing on is who you are and not your house.”

Though both realtors agree that a certain amount of personality in your space is fine, removing these items and staging your house before selling is key. According to McLeod, taking the time to stage your home can increase its value by up to five per cent.

However, Elwenni concedes that there is one unique home feature that tends to increase value in the Edmonton market. “A triple garage,” he laughs. “Because everyone here drives a truck.” 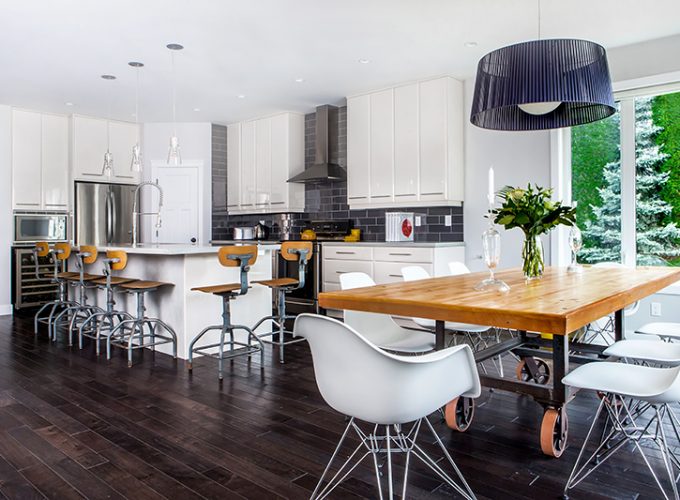